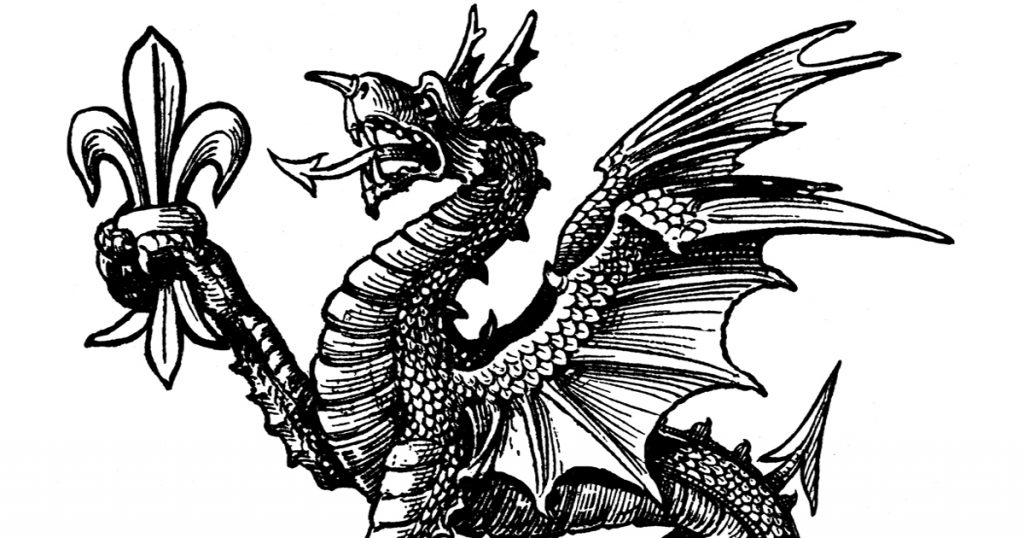 Below are nine drawings of Wyverns in black and white. Wyverns are said to represent a flying serpent, an imaginary creature resembling the dragon, but having only two legs, which are like an eagle’s. It has a serpent-like tail and is sometimes mistakenly referred to as a dragon. The Wyvern were known as emblems of pestilence, and represented as strong and fierce animals typifying viciousness and envy. This page shows the creature in various positions as seen in heraldry and on tapestries. If you like these Wyvern images, you’ll probably also really enjoy the galleries containing the Griffin, Mythological Creatures, and other Mythical Animals. Have fun! 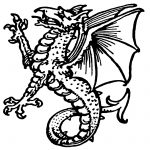 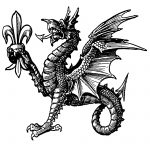 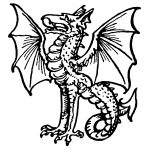 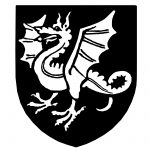 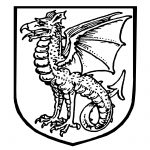 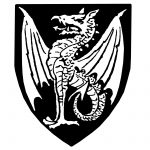 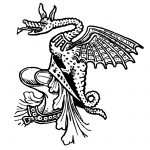 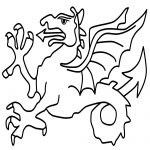 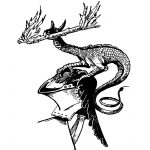