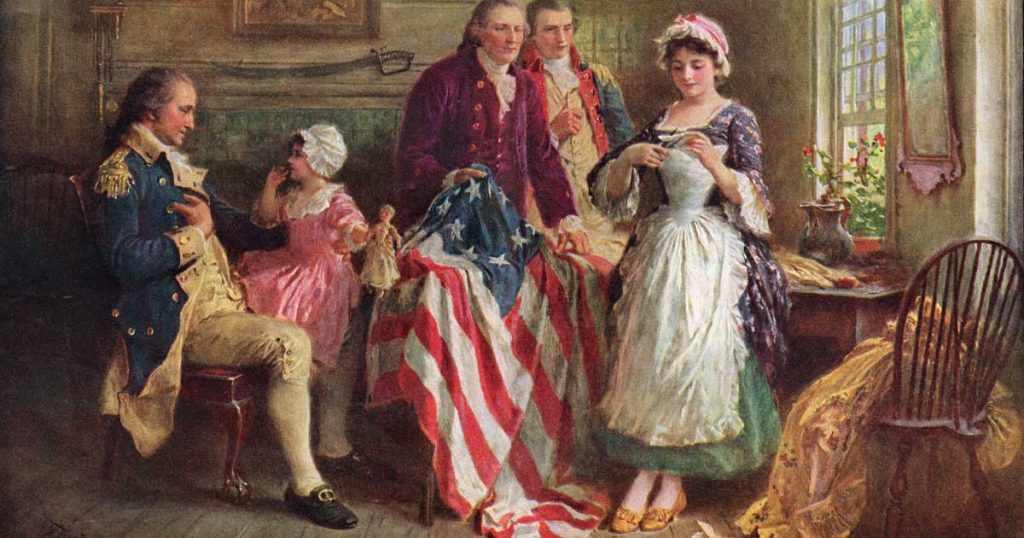 The first three images in this selection of Patriotic Pictures are from the July 1917 edition of The Ladies Home Journal. They were part of a series of paintings by Jean Leon Gerome Ferris called Romantic America. They depict three important moments in American history. The second set of three images are from antique postcards that were exchanged around the Fourth of July. You might also want to visit the American Flag Images or the Patriotic Clip Art pages. Have fun! 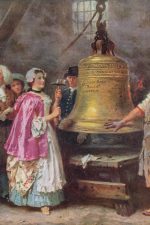 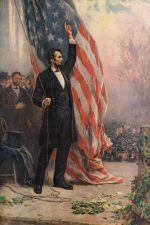 Patriotic Pictures 2 - Lincoln and the Flag 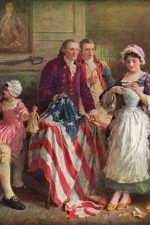 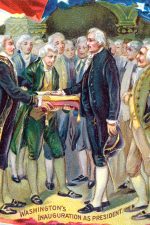 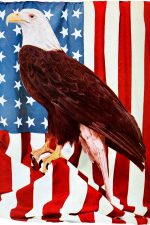 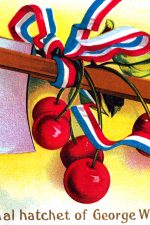