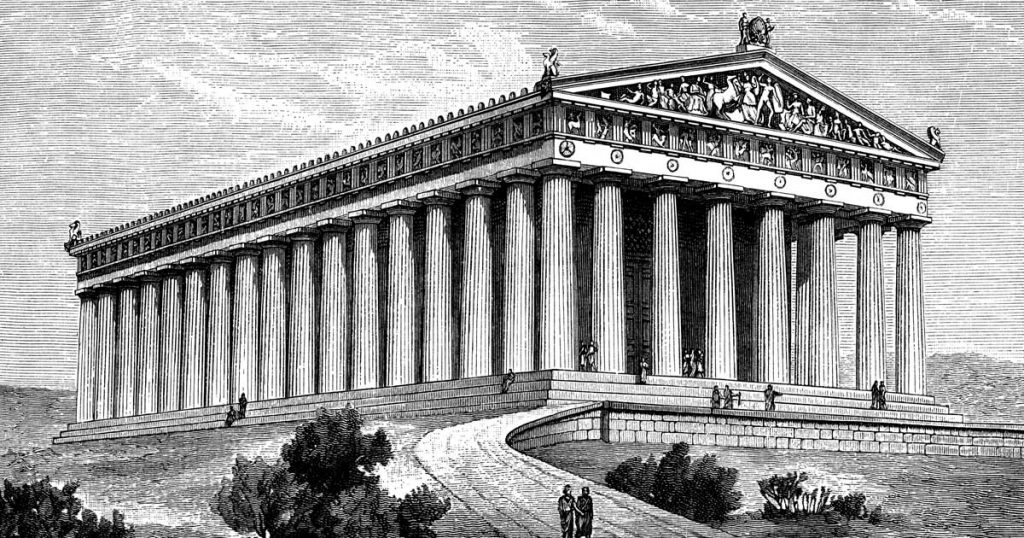 Below you will find eight black and white images depicting the Parthenon of Athens, Greece. Included are restored and ruined views of this famous temple, as well as some details from friezes of the building and a floor plan. If you like these vintage illustrations of the Parthenon, you might want to visit the galleries with images of Ancient Greek Temples and other pictures of Ancient Athens too. Enjoy! 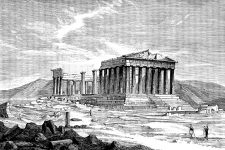 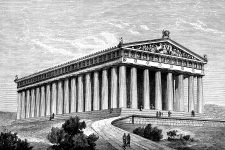 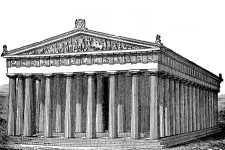 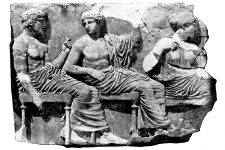 Parthenon 3 - Frieze on Side 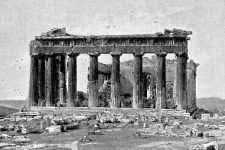 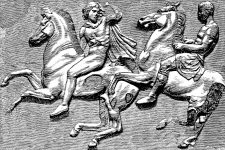 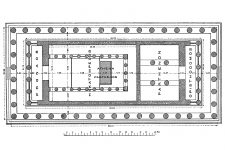 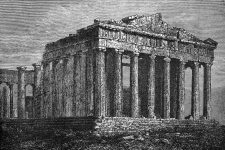 Parthenon 8 - Ruins of the Parthenon