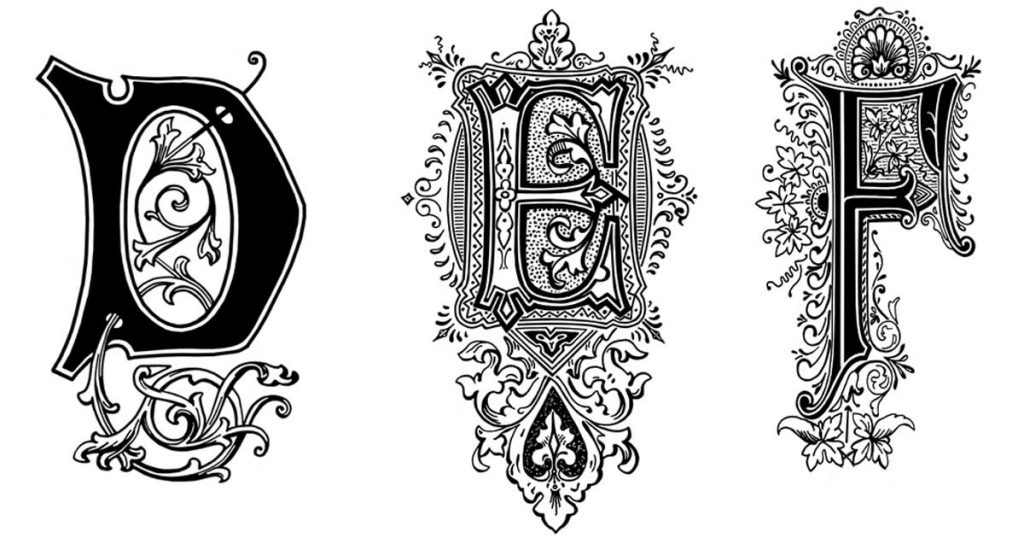 All the amazing images of Lettering Styles in this gallery (except for the letter I) are from the book Alphabets, Monograms, Initials, Crests, Etc. It was published by F. W. Bullinger and printed by J. W. Pratt & Son in New York around 1870. The book itself is filled with old time advertisements from numerous watch and jewelry manufacturers.  The introduction to the book states, “The alphabets, monograms, and initials that will be found in the following pages are reproductions, by the Photo-Engraving process, of Foreign Words, which, on account of the great expense of their production and their consequent high prices, are but little seen and very seldom bought by persons in this country. The aggregate retail prices of the books used amount to $85.00, and the value of the copies herein published for the purposes and uses for which they are intended, will readily be acknowledged. The artistic merit of the greater part of the reproductions is evident, and will render them of permanent value to all interested in such matters.” At the time, the cost of the book was $5.00. On this page you will find the letters A to I. You can find the rest of the alphabet by visiting the Decorative Letters (J – R) and Creative Lettering Styles (S – Z) galleries. Have fun! 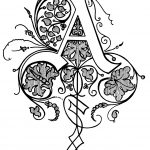 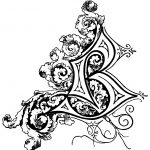 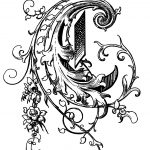 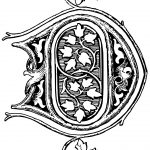 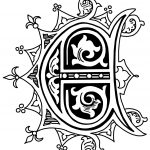 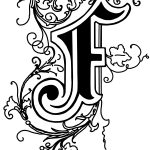 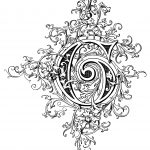 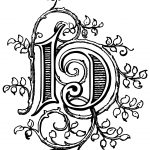 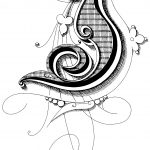