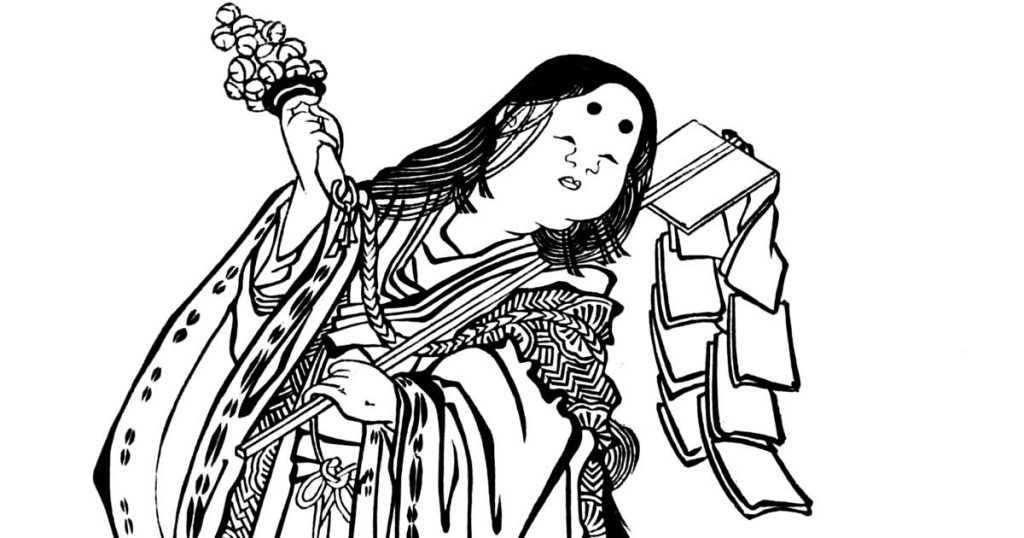 Here are six lovely black and white illustrations of Japanese Gods. Included are images of the God of the Wind, the God of War, and the Goddess of Laughter. They come primarily from a book called Japan and the Japanese, Illustrated by Aime Humbert. It was written in 1874. If you enjoy these drawings of Japanese Gods, be sure to check out our pages on Japanese Mythology with amazing color pictures of more gods from Japan and the page with images of Japanese Symbols before you go. Have fun! 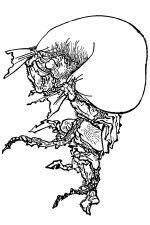 Japanese Gods 1 - God of the Wind 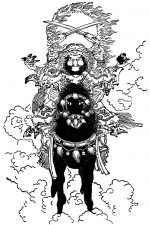 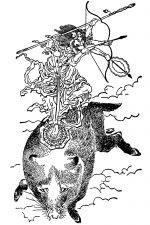 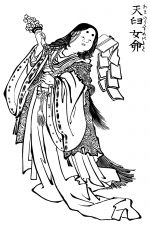 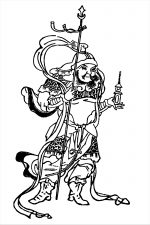 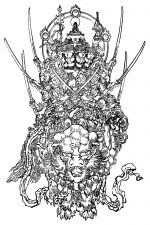