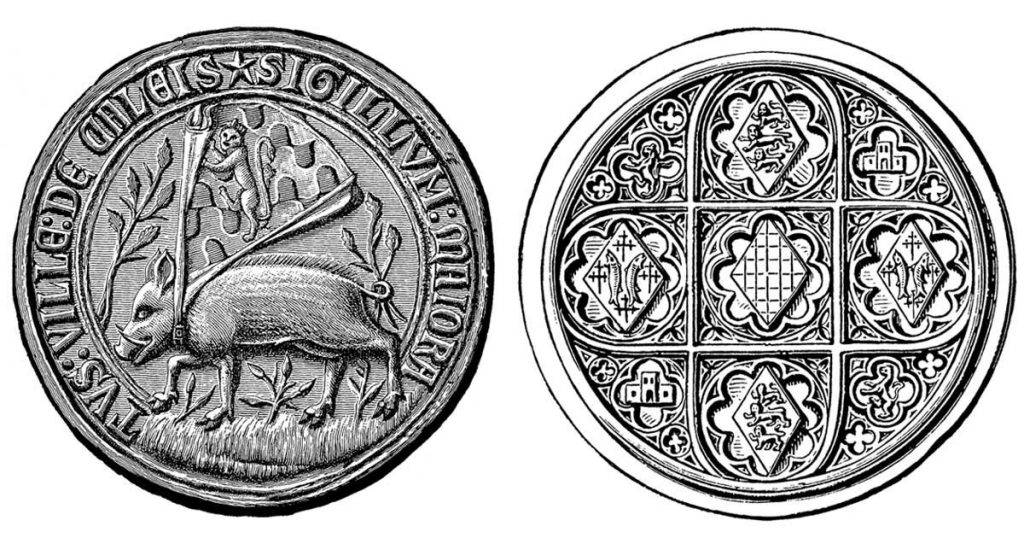 On this page are six medieval seals which feature Family Crest Symbols inside such as lions, hogs, shields, and helmets. According to the British National Archives, “The term ‘seal’ is usually applied to the impression produced when an engraved metal die or ‘matrix’ (also known as a ‘seal’) has been pressed into a material such as wax. Often bearing their owner’s portrait, device or coat of arms they were used to authenticate documents (such as charters, letters, writs) in much the same way as we use signatures today.” These seals are from Heraldry for Craftsmen and Designers by W. H. St. John Hope, published in 1913. If you enjoy these family crest symbols, you might also want to have a peek at the Family Coat of Arms or the Free Coat of Arms galleries. 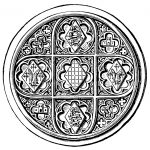 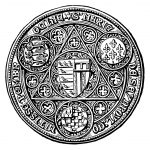 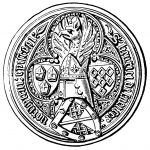 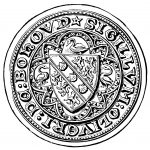 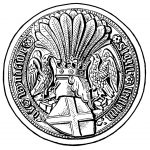 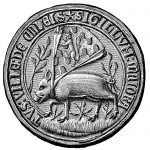