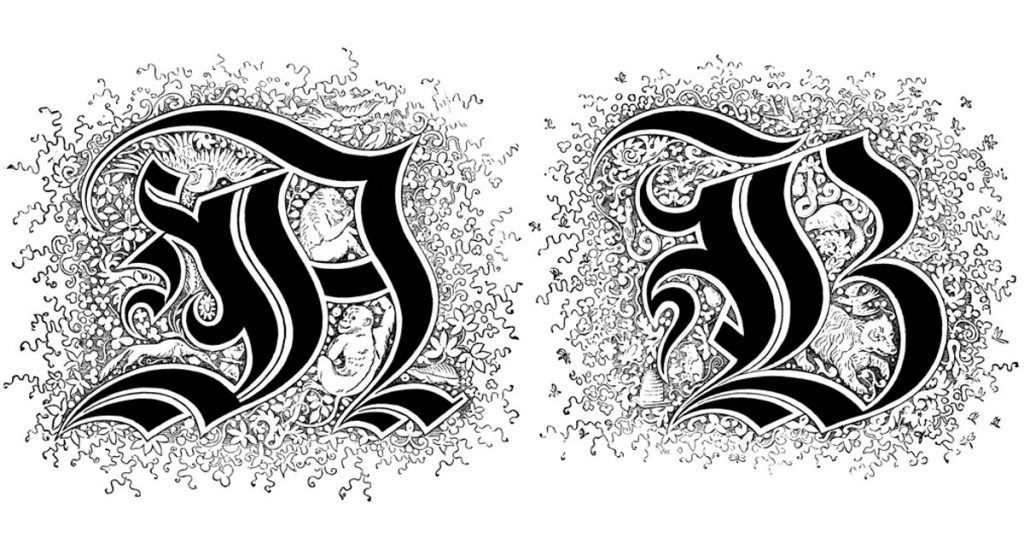 This amazing Decorative Alphabet, which was drawn in the German text style, was restored from the book Real Pen Work: Self-Instructor in Penmanship. It was published by Knowles and Maxim in Pittsfield, Massachusetts in 1881. The notes about his alphabet say that it was drawn using a “steel pen, in Germany, by the great German Penman, John Heinrigs.” It goes on to say that “Every letter is a perfect gem in itself, a wonder of artistic skill. The great artist worked for more than a year designing and drawing this alphabet” which was “exhibited and received several immense cash premiums and gold medals at various worlds’ fairs, and numerous art exhibitions all over Europe.” I hope you find as much enjoyment in this Decorative Alphabet as the people of 1800s did! You might also consider looking at the Fancy Alphabet Letters and Gothic Lettering galleries too. 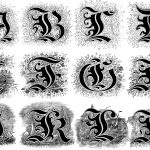 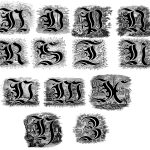 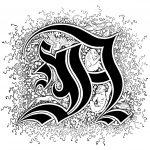 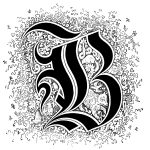 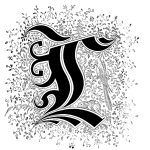 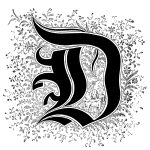 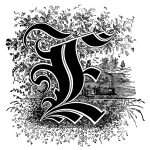 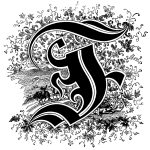 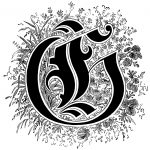 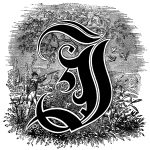 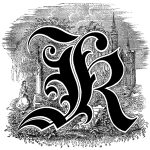 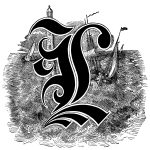 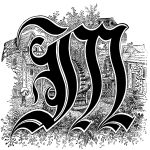 Decorative Alphabet M
« PreviousPage of 2Next »